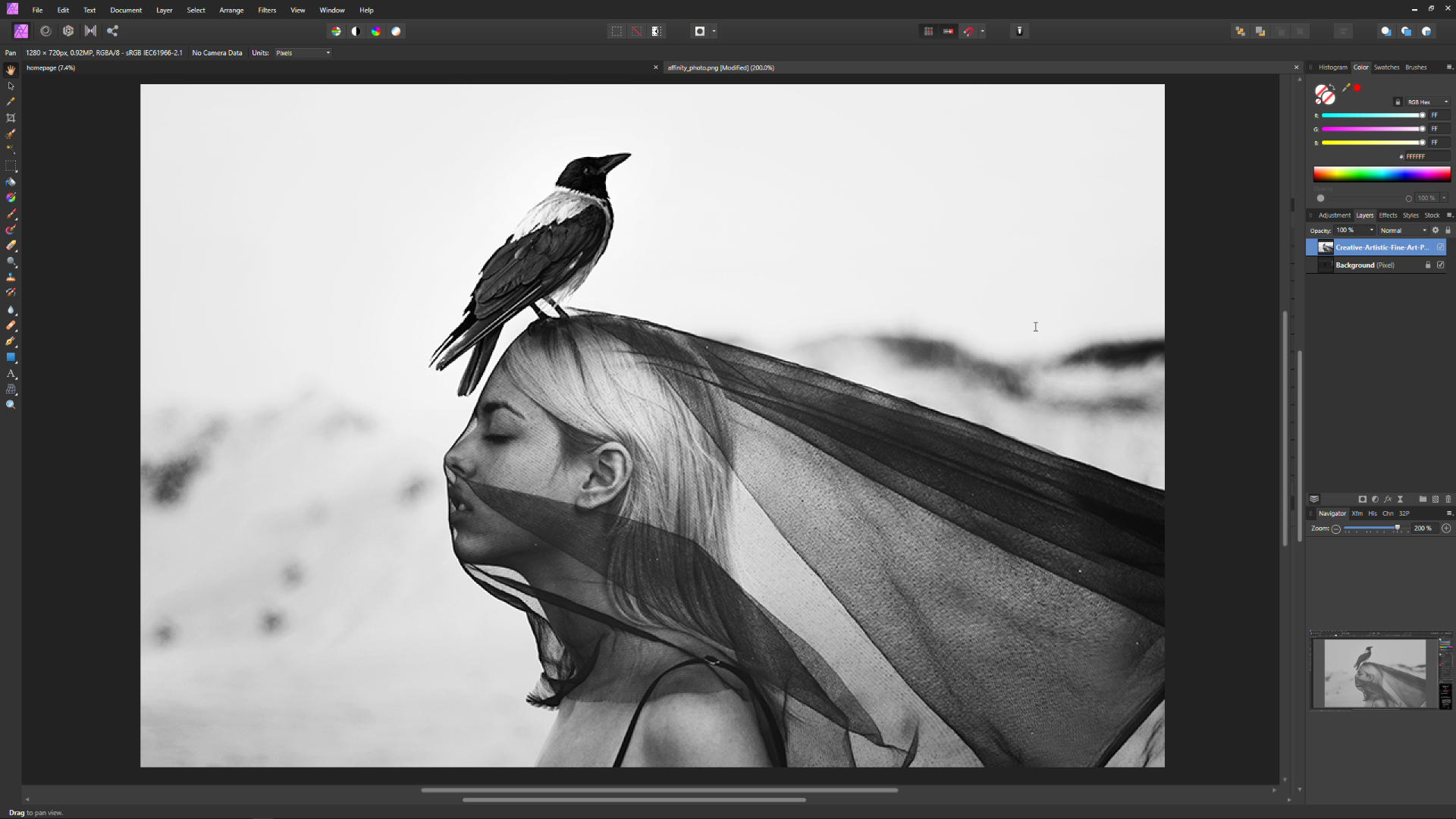 So I’ve recently been in need of a new logo for the channel. Before I’ve just been using the websites name, CodingKaiju with this stylized font. And while I was pretty happy with how it looked, I always intended it to eventually be replaced with a proper logo.

As a game developer and web developer, I use image editing software fairly regularly. Rarely can I find art assets already perfectly suited for my use-case. And If I’m building a website off of a mockup a graphic designer made, I need to convert the images to be compatible with responsive CSS.

My first deep dive into image editing software happened in my high school computer lab. That’s where I first started experimenting with Adobe Photoshop. I remember the software being intimidating. Tons of buttons and icons with labels that seemed confusing at the time. But, I knew I wanted to be able to "photoshop" images so I jumped in anyway. I clicked on and experimented with every feature until I had a basic understanding of what each button did. Any time I wanted to achieve an effect, I searched for answers online and learned something new about the software I was using.

Eventually I learned Photoshop well enough to accomplish what I needed. And it was a useful skill to be able add to my resume.

By the time I left school, I was warmly welcomed by Adobe’s new pricing structure. Or slapped in the face by it may be more accurate. If you want to use Adobe Photoshop for personal use, you’ll have to pay a steep fee, every month, for all of eternity. Now keep in mind I don’t use this software professionally. At least not to a degree such that it justifies spending that amount of money on it.

Open-source simply means the source code that the software is written in, is freely available to view and download online. If the development team working on an open-source project ever start heading into an unpopular direction, it’s very easy for a new team to take the code for themselves and make it better.

Adobe Photoshop is closed-source. Adobe owns the source code, and only employees who have signed an NDA can see and work on it. So when Adobe decides to ramp up their prices, your only option is to pay up, or choose something else.

One of the first things I noticed about GIMP was how lackluster the user interface was. The default GIMP interface is downright ugly. Even today, the default interface feels like a version 1; useable, but will most definitely be overhauled in the next update. But it wasn’t just the aesthetic of GIMP that turned me off, the functionality did as well.

A major problem with GIMP was working with layers. GIMP allows you to add new layers and put different objects in them to keep them separate while working. But when you actually go to select or edit an object in the main window, GIMP completely disregards the current layer you have selected. If two objects overlap, it’s a toss up of which one will be selected when you click on the overlap.

And working with text was difficult. It was tough to edit text after the fact. Changing the font size completely changed it’s alignment, which wouldn’t be a big deal if it was easy align text in the first place.

Next I found Krita. Krita seems to have exploded in popularity more recently. Like GIMP, it to is open source. Coming from Photoshop, I felt much more at home with Krita. And compared to GIMP, Krita was fast. It booted up faster. It responded to my clicks faster.

But once again, the layout and keyboard shortcuts were different from both GIMP and Photoshop. So it felt like I was learning to walk again. And Krita seemed more suited for digital painting rather than image editing. Their marketing really pushes their drawing tablet support. And brush presets take up a ton of tool real estate in the interface. For a free program though, Krita was a really good experience.


Around this time, I discovered Affinity. Affinity is a collection of software developed by the company Serif. Affinity Photo is their software for editing images.

From the moment I launched it and begin editing an image, I was sold. The tools and interface layout were very similar to Photoshop so the learning curve was minimal. I also liked how layer adjustments, such as the brightness or color balance were non-destructive. A new layer is automatically created for the effect.

However, it’s not all sunshine. A feature from Photoshop that I really missed was "Color Select". You could select the portions of the image that were close in color to a color you selected with the "Color Picker" tool. This feature made it easy to remove backgrounds from images.

And while Affinity Photo isn’t free like the other software mentioned, it is significantly cheaper than Adobe’s obnoxious subscription model. A one-time payment gives you a key that is good for all future updates of the software. That’s a price I can get behind.

You can find Affinity Photo here.