CodingKaiju is a passionate community of game developers. We offer Godot tutorials that teach you how to code in the Godot game engine. You can find our written Godot tutorials here. Check out the CodingKaiju YouTube channel for video Godot tutorials. We believe the biggest hurdle between aspiring game devs and their vision, is programming knowledge. We are here to bridge that gap with beginner-friendly tutorials that lay the foundation of coding in Godot.

Why choose the Godot Game Engine?

The Godot Game Engine is a cross-platform open source video game engine, released under the MIT license. This means that users who create their games with Godot own their games outright; no strings attached, no royalty fees. This makes Godot the ideal video game engine for hobbyists, tinkerers, and indie dev companies. Other "free" game engines like Unity or Unreal require you to pay if your game becomes successful. With Godot, your game is your game.

The Godot Engine is still very young, at least compared to the more popular game engines out there. But development of it is very active; the developers of Godot release multiple polished updates every year. We expect the Godot engine to grow rapidly in the years to come and we're excited to see what games you will make with it.

If you haven't already, download the Godot engine and let's make some games. 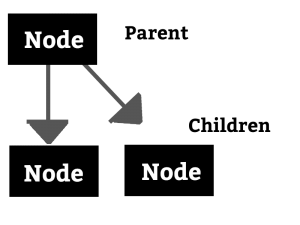 A node in Godot is an object that serves a specific, singular purpose.

A Timer node for example, is a timer that counts down and rings when time has run out. It has its own properties and methods. You can set the timer's wait_time property to define how long the timer's countdown will be. You can set timer's one_shot property to set whether the timer will only ring one time, or repeats again after it rings.

If any object in your game needs a timer, you add a timer node as a child to it.

If you are already familiar with object-oriented programming, you can think of nodes as classes.

You can read theory all day, but the best way to learn Godot is to use it. Make a game with us. Follow any of our Godot tutorials and learn how to code games. If you are new to Godot, we recommend our Space Asteroid Arcade Shooter tutorial.